Behind the Scenes of “Difficult” 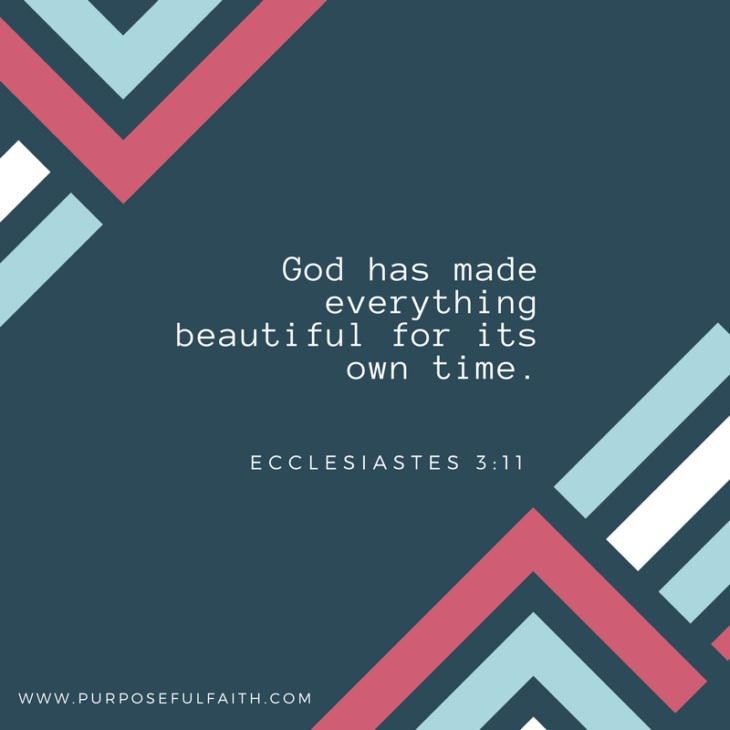 My husband noted, “God has lined everything up just right. It’s almost as if I thought nothing was happening, but God was doing everything.”

We continued to talk. He had no idea, at the time, he was meeting just the right people to help him in his time of need. He had no idea that chance encounters in a Starbucks, random introductions by friends, and shifting situations behind the scenes, would produce SO much. But, at the right time, when all things were laid out just so, everything changed.

God is always working. God’s timing is perfect. His plan is perfection.

Just yesterday, I had planned to go take a walk by the ocean. After I dropped the kids off at school I was going to make the drive. There was only one problem, I remembered I had to run back to the house to tackle something.

Ugh. Now, I can’t go. Frustrated, I headed home. I tackled what I needed to. Then, I met with God.

During that time, with God, some lightbulbs went off. I realized I so often don’t expect God’s great; I expect average or a blah-meeting. While God is a good dad, I expect him to give me a bit and then turn away to do other things.

After praying, I felt prompted to take that walk with Him at the beach. I am so glad I did. There, orange butterflies came flying in off the ocean. There, dolphins were jumping all around me. There, I established: God is brilliantly beautiful. God is giving. God orchestrates perfect timing.

“God has made everything beautiful for its own time. (Ecclesiastes. 3:11).”