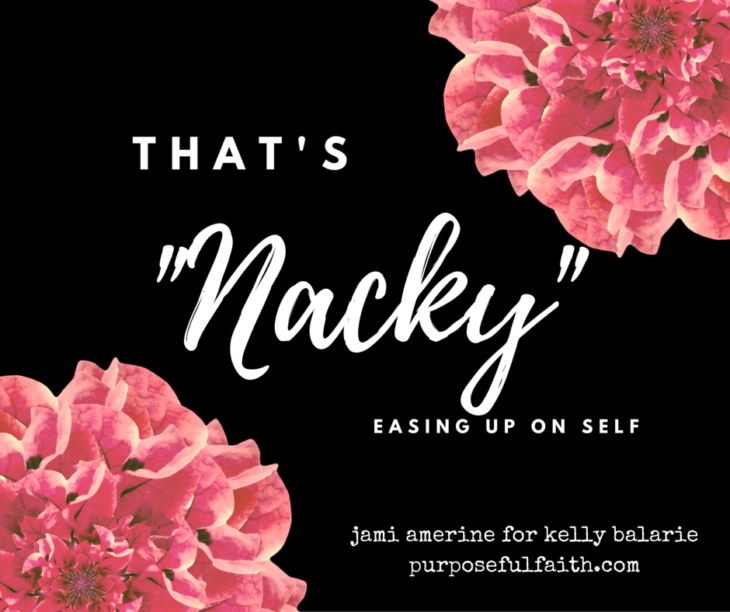 Do you have a funny word you embrace in your home that is totally understood by everyone under your roof, coined by a toddler?

When my sons were babies they called my daughter Maggie, “Yaya.”  We still call her this.

My cousin called underwear “O-di-os.” And we rarely say underwear, they are O-di-os.

And it spans the generations. My husband’s family still teases about getting your “baby-soup” on so we can go swimming, a term my husband used as a toddler.

I am 44-years-old, and my family still calls washcloths “hoffcloths.” I have never lived down that which I said… when I was two.

Our oldest son John called spoons “Mooshes” and nasty “Nacky.” At our youngest son’s 1st birthday the 3-year-old John was exasperated by his baby brother’s “nacky” face after he ate cake with his hands instead of with a “moosh.”

These word oddities are habits, often we must correct ourselves in public as the nonsense isn’t appropriate outside the clique of family.

Recently one of our kids made a mistake, he was mortified. The man-child went on a rant about his foolishness. I consoled him and encouraged.  He couldn’t get past his folly and berated himself ruthlessly.

It broke my heart to him speak so harshly of himself. I rubbed his shoulder and mused, “Oh you are just being NACKY! Stop!”

He softened a bit and rolled his eyes.  At 6’3” with a full beard, I am certain he wishes he could break away from the baby talk.

A couple days later I had to get on the scale at the doctor’s office.

My encounter with too many “Mooshes” was making my “O-di-os” too tight and my body was not ready for “baby-soup” season.

I grumbled at myself – disgust.

I mumbled ugliness about my lack of self-control and my disdain for my current state.

I blew my nose and wiped some tears and heard a familiar, still voice from deep within.

And I knew the voice.

And I knew the term.

And I knew the voice meant my critical assault on self, not the size of my hiney.

And more than tears over my current physical struggles, I was slain by a wave of love from my Heavenly Father.

I was reminded that “nacky” feeling I had when my son was hating on himself for making a mistake. A mistake that could be remedied. A mistake that was done without malice, simply an earthly mistake. In an instant I was in unison with my Lord and all the ways, He parents me.

He wanted me to ease up. He wanted me to turn to Him and talk, ask for help, and then let go.  And no, not let go and continue to not care for myself, His daughter. But to stop haranguing myself with “nacky” self-hatred.

Just like the horribleness I felt when my child was so unforgiving with his folly, God opened my eyes to the parallels of my punitive words.

His gentleness continues to move me. A good Father, encourager, and devoted parent who craves a chance to nurture and love on me.  He died that I might have amity with this life. His spirit lingers, whispering tender love and peaceable direction.

His love is perfect.

He is completely void of nackiness….

How great is the love the Father has lavished on us, that we should be called children of God! And that is what we are!  –1 John 3:1

May your floors be sticky and your calling ordained. Love, Jami